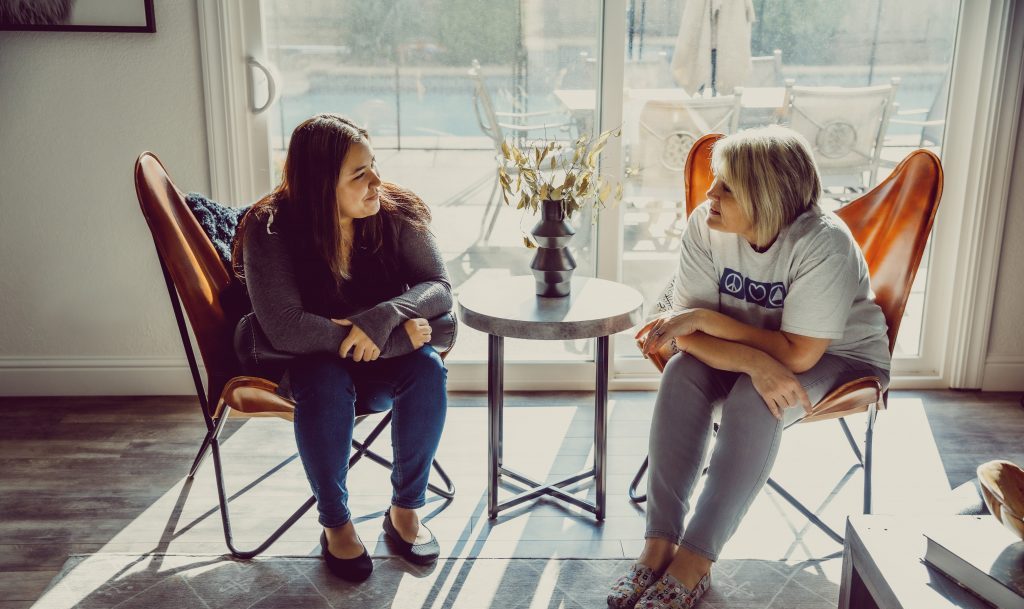 How to Know When It’s Time for Rehab

It’s not always easy to determine whether you or a loved one need to seek heroin addiction detox in California or help for another opiate addiction, especially when you are taking opiates for pain management. The Diagnostic and Statistical Manual of Mental Disorders, Fifth Edition (DSM-5) puts forth specific guidelines for what constitutes an opioid use disorder based on these criteria:

Opiate addiction and withdrawal are serious problems affecting hundreds of thousands of people in the United States alone. Since the late 1990s, the number of prescriptions written for opiate drugs has skyrocketed, and a deep misunderstanding of how they work has contributed to ever-growing numbers of people becoming addicted to painkillers.

Opiates are some of the most addictive drugs in the world, and overdosing on them is, unfortunately, easy to do once a person becomes addicted. Understanding the origin and mechanisms of opiates is the first step to getting appropriate addiction treatment for yourself or someone you care about. 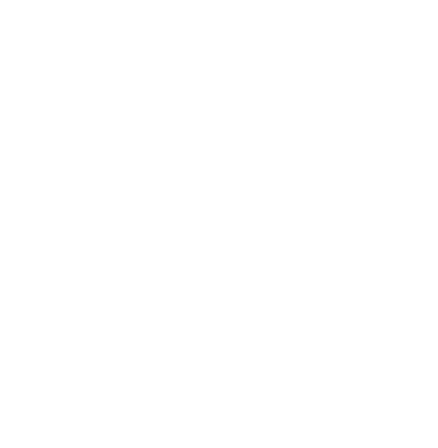 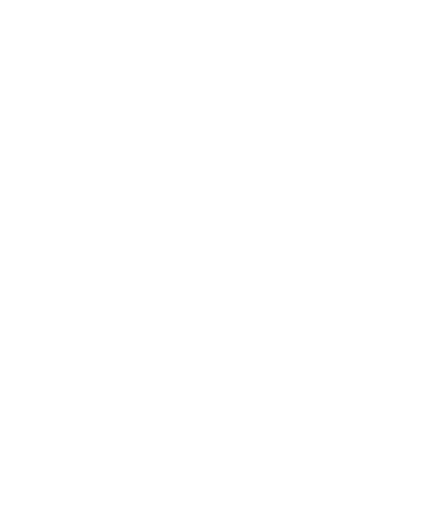 Opiates are any drug derived from the opium poppy. Naturally occurring opiates include:

These opiates are made with parts of the poppy plant and little else. Opiate derivatives are drugs that use the opium poppy as a component but are also partially synthetic. These are the most common types of opiate derivatives:

There is a third group of drugs that are completely synthetic but still mirror the chemical structure of other opiates. This group includes methadone and fentanyl. The term “opioids” refers specifically to this synthetic group, but it is also an umbrella term for any drug that binds to opioid receptors in the brain. For most purposes, “opiates” and “opioids” are the same thing. A program for opioid treatment in Sacramento would cover both opiate and opioid recovery.

Fentanyl is 50 times more potent than heroin and 100 times more powerful than morphine. Fentanyl acts quicker on the body compared to other drugs — the immediacy of its effects may be why young adults favor this painkiller over others.

The opiate binds to the body’s opiate receptors — ones that populate the parts of the brain controlling emotions and pain — causing dopamine levels to rise. While fentanyl can induce relaxation and feelings of euphoria, fentanyl abuse can result in an intense high that can easily lead to an overdose.

Fentanyl addiction is prevalent, especially among first-time users, because they underestimate the drug’s potency. Below are some of the potential symptoms of fentanyl withdrawal or abuse:

In recent decades, fentanyl has been used to cut heroin, leading to deadly results. The fentanyl that is easy to make is now being produced illegally in laboratories.

From 2018 to 2019, the rate of overdose deaths involving synthetic opioids other than methadone, including fentanyl analogs and fentanyl, increased by nearly 17%. In 2019, more than 35,000 people died from a synthetic opioid overdose, a rate nearly 12 times higher than that in 2013.

Opiate or opioid drugs are chemically similar to certain neurotransmitters naturally produced by the body. These drugs can easily pass the blood-brain barrier to bind to opioid receptors in the brain, but they also act on cells throughout different parts of the body, such as the spinal cord and gastrointestinal tract.

When an opioid binds to a receptor, it starts working quickly to produce a variety of effects felt throughout the body. The most desirable effect is a dulling in the experience of pain, which is why so many painkillers include different types of opiates. However, opiates also create feelings of euphoria that create a pleasurable high when the drugs are consumed outside of prescribed therapeutic doses. Other side effects and health risks of opioid use include:

For some people who experience more of these symptoms than others, the side effects may be enough to discourage long-term use or abuse. In other individuals, the lure of opiate euphoria leads quickly to a life-threatening addiction which requires a program for opiate recovery in California.

Opiates are extremely addictive due to the way they interfere with the brain’s normal processing. It can take just four to eight weeks for someone to develop a physical dependence on an opiate. The process begins from the first time you consume an opiate drug. One of the key mechanisms of an opiate is the trigger of dopamine release.

Dopamine is a neurotransmitter that performs multiple functions. One of these functions is to regulate the brain’s reward and reinforcement system in all animals. When it’s working properly, the reward system is what motivates you to perform certain actions over and over again. When you start your day with a hearty breakfast or decide to stop putting off that jogging routine, your brain releases just enough dopamine to make you feel that behavior is worth repeating and making a habit.

Opiates, however, trigger an immense cascade of dopamine release. This deluge is part of what creates the euphoria people experience when they take a non-therapeutic dose of any opioid. The dopamine effect is so strong that it encourages people to use the drug over and over again.

Over time, the brain stops producing its own dopamine as a response to the frequent releases triggered by drugs. When that happens, the individual develops a physical dependence on the opioid. Physical dependence means that when you remove opioids and their effects from the brain, the brain cannot recalibrate quickly enough to replace the lost dopamine, and the person will begin experiencing all the unpleasant symptoms of opiate withdrawal. This is a critical component in addiction treatment.

Anyone can become addicted to opiate drugs. In a vast number of cases of opiate addiction in California, people receive prescription drugs from their doctor for a painkiller like Percocet or Vicodin. The latest figures from the Centers for Disease Control and Prevention (CDC) provides some disturbing insights on the prevalence of opioid prescribing in America in 2017:

With these numbers, it’s no surprise that pain patients are getting hooked on opiates. The opioid crisis has also led to increased use of heroin, the illicit cousin of painkillers, which possesses a much more life-threatening addiction. A large-scale study presented by the National Institute on Drug Abuse (NIDA) reveals that almost 80% of heroin users say they used prescription opioids before moving to the more powerful, more dangerous and less expensive heroin. These prescription drugs are gateways to heroin addiction and need to be handled with precaution. If you find yourself in this situation, a heroin detox center in California can help.

One of the most insidious characteristics of opiates is that they are viewed as harmless or of minimal risk. This is partially due to widespread misinformation campaigns on the part of pharmaceutical companies like Purdue, the maker of OxyContin. This misinformation also led doctors to over-prescribe opiates. When your doctor is writing your prescriptions and doesn’t go the extra mile to explain the addictive potential, you may not feel any need to be cautious and ask questions.

Opiates have strong addictive potential even when use begins under legitimate medical circumstances. When opiates are abused recreationally from the beginning, the risk of addiction grows. Using greater quantities of an opiate accelerates the changes in the brain that drive addiction, making it imperative to seek addiction treatment as soon as possible and making the road to recovery even harder.

For most people, the single greatest obstacle to starting a successful recovery is opiate withdrawal. Once the brain is physically dependent on an opiate drug, trying to quit that drug cold-turkey will result in painful withdrawal symptoms. There are two phases of withdrawal to contend with. The early symptoms include:

The later symptoms of withdrawal are:

With a short-acting opiate like heroin, symptoms usually begin showing within 12 hours of the last use. Longer-acting drugs like methadone result in withdrawal symptoms cropping up within 30 hours of last exposure or dose.

The symptoms of opiate withdrawal are not life-threatening, although they can sometimes feel that way. Unassisted withdrawal is so deeply unpleasant that it can stop a recovery attempt in its tracks in just a few hours. Medical-assistance from healthcare professionals is the safest and most comfortable way to withdraw from opiates. Diamond House Detox is proud to provide medically assisted (Suboxone) opiate treatment in California.

The opiate detox program in Sacramento at Diamond House Detox involves giving our patients a comfortable environment to process their drug detox. Our facility strives to give individualized care to each of our guests, accommodating them with their own private room. In addition, we can provide our patients with a short course of medication to prevent uncomfortable and sometimes painful symptoms of the opiate withdrawal process.

The goals of treatment are to address withdrawal symptoms, identify co-occuring disorders, prevent complications and begin to address abstinence. Medications may vary in the treatment of opiate withdrawal and can be used to ease the discomfort.

At our California heroin detox program, we give our patients a choice in how they’d prefer to manage their withdrawal symptoms. For example, they can choose a medical detoxification from opiates, and we can prescribe a medication-assisted strategy to target the symptoms a patient is experiencing.

Over five to seven days, the medication dose will be gradually reduced as the withdrawal symptoms improve, allowing for a more comfortable detox. Many people choose to stay on buprenorphine after the dose has been tapered down to a low dose. Staying on a maintenance dose of buprenorphine helps manage cravings and withdrawal so the individual can engage in behavioral changes that will allow them to make long-term changes in their recovery and avoid relapse.

Opiate detox at Northern California facilities like Diamond House Detox should be just the first step in your recovery process. Once the opiates are purged from your system, it’s essential that you continue down the path of sobriety with some form of follow-up treatment. Rehab, counseling and therapy sessions are all positive next steps in the withdrawal timeline.

They allow you to explore what led to your substance abuse in the first place and help you modify negative behaviors or thought patterns. The three most common types of therapy include:

Therapy plays a crucial role outside of treatment as well. Ongoing therapy support is a valuable tool in maintaining emotional stability in the face of life’s unpredictability. Building a support network of people who have experienced the ups and downs of recovery is another way to form a strong foundation for your sobriety. Support groups like Narcotics Anonymous and SMART Recovery are a good place to start.

Recovery is a marathon, not a sprint. On this ongoing journey, maintaining your sobriety will be easier at some times than others. During the harder times, you’ll need to draw on the skills and strategies you’ve learned during treatment. Here are just a few tips that will help keep you going strong.:

With the right coping skills and strategies, you can develop valuable contingency plans for a range of scenarios that might trigger drug cravings. By being prepared and seeking the support you need, you can give yourself a better chance at sustained recovery.

If you or your loved one is addicted to opiates or if you would like more information on the inpatient or outpatient opiate detox treatment programs we recommend, call us today. With our luxurious, private facilities and compassionate, hands-on team, we’re Northern California’s finest opiate detox center.

Once you’re ready to get started, we can perform an evaluation over the phone to help you find an opiate or heroin detox center that will meet your specific needs. In most cases, we can get you placed in treatment the same day you call. Don’t wait — contact us today and let us help you get started on the path to recovery.