Everything You Need to Know About Cannabis Dependence 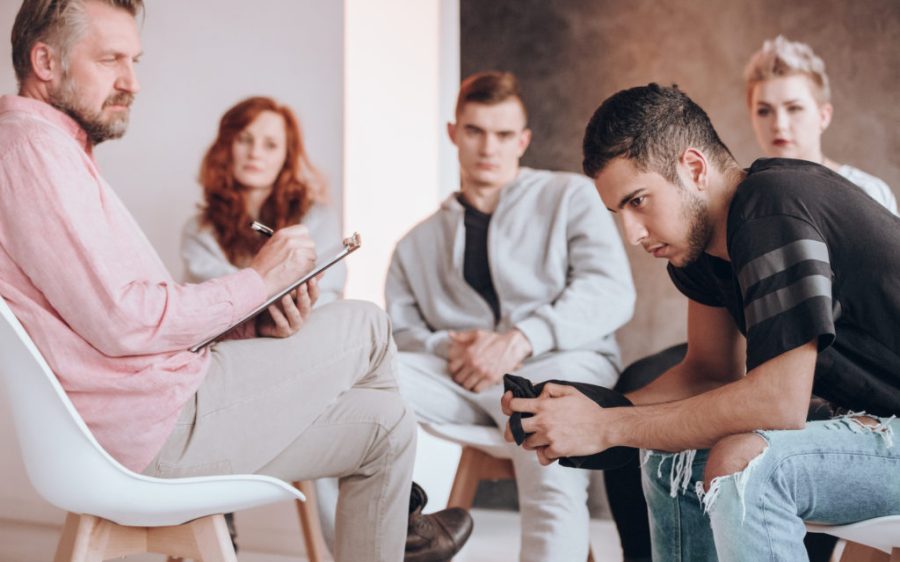 Over the past few years, cannabis has emerged as a natural remedy for various ailments.

Some say that it can treat just about everything, from depression to high blood pressure and chronic pain. This has led to an increase in consumption rates worldwide, and even cannabis dependence.

Today, marijuana is the most widely trafficked and abused illicit drug. Since most states have already legalized it for medical use, its popularity will undoubtedly increase in the near future.

Like any other drug, this substance may cause dependence and addiction. Heavy users often develop tolerance to cannabis, so they begin to consume larger doses. Breaking the habit can be difficult due to the severe withdrawal symptoms.

The good news is that treatment can help. Once you break the addiction, you'll regain your freedom and get your life back on track.

First, let's see what causes cannabis dependence and what to expect.

Marijuana has been around since the beginning of mankind. In ancient China, alternative medicine practitioners were using it to treat gout, malaria, and other illnesses. Its popularity continued to increase over the centuries.

In the 1930s, the U.S. Federal Bureau of Narcotics started to warn people about cannabis dependence and its side effects. However, the drug remained popular among hippies and college students.

Four decades later, it has been classified as a Schedule I drug. Substances that fall under this category are highly addictive and not accepted for medical use.

Studies conducted over the years have found that marijuana may benefit those with AIDS, glaucoma, and mental disorders. Today, this drug can be legally used for medical purposes in most states.

The problem is that most people either become addicted to cannabis during treatment or consume it for recreational purposes.

In 2013, more than four million Americans over the age of 12 have tried this drug for the first time. That's about 6,600 new users every day.

Due to its psychoactive properties, cannabis may cause addiction. Even though its effects are less severe than those of other drugs, they shouldn't be taken lightly.

What Is Cannabis Dependence?

In 2013, the American Psychiatric Association has introduced the umbrella term substance use disorder for drug abuse and dependence. Therefore, marijuana addiction is medically referred to as cannabis use disorder.

Some people begin to use cannabis to treat specific conditions, such as anxiety or chronic pain. Over time, they develop resistance to the drug, so they increase the dosage. This leads to cannabis dependence and severe withdrawal symptoms.

Others take the drug for recreational purposes. They seek that sought-after high or simply want to relax after a long day. Prolonged use results in addiction.

Marijuana dependence is real. If left untreated, it can take a toll on your life and affect overall health.

Many users try to quit, but they experience strong cravings that make this task impossible. Reducing the dosage doesn't help. A lower dose won't produce the same high as larger doses.

Signs and Symptoms of Marijuana Abuse

Cannabis dependence can be physical, psychological, or both. Users feel the urge to take the drug despite being aware of its side effects.

Since this condition has psychiatric implications, it requires medical treatment. Even though cannabis seems harmless, its dangers shouldn't be overlooked.

The primary signs of dependence include:

Marijuana is less harmful compared to other illicit drugs, but this doesn't mean it's safe. Over time, it can affect your work, personal relationships, and social life. Furthermore, it can damage your health in the long term.

The Side Effects of Cannabis Dependence

The side effects of cannabis are due to THC, a natural compound with psychoactive effects. Even medical marijuana products may contain this substance.

Hundreds of studies confirm marijuana's negative impact on the brain.

In clinical trials, mice exposed to the drug in their first months of life experienced memory and learning problems. They have also developed functional and structural changes in the hippocampus.

Researchers have also found that smoking weed at least once a week can significantly affect the brain's reward and emotion centers. Additionally, even casual use may increase the risk of developing other addictions later in life.

Other studies indicate that cannabis users are more likely to experience anxiety and depression. According to a Swedish study, teenagers who take this drug have a 30 percent higher risk of schizophrenia.

This substance may also trigger psychotic symptoms and cause toxicity to the brain. Moreover, it worsens depression rather than providing relief as it was once thought.

Marijuana appears to be particularly harmful to teenagers and young people whose brains are still developing. It may cause permanent changes in the brain's structure, affecting memory, cognition, and decision-making skills.

The drug affects your physical health too. In the long run, it may lead to acute and chronic bronchitis, lung inflammation, and epithelial injury of the trachea.

Receive the Treatment You Need to Break Your Addiction

These findings show that marijuana is anything but safe. If you're struggling with cannabis dependence, get help as soon as possible.

A detox center is your best choice for addiction recovery. These facilities provide a safe environment where patients receive appropriate treatment and counseling.

Here you will meet other people who are going through the same struggles as you do. Hearing their stories and sharing your own experiences helps with the recovery process.

Don't wait until it's too late! You deserve to be happy and live your best life. Get the treatment you need at a world-class marijuana detox center.