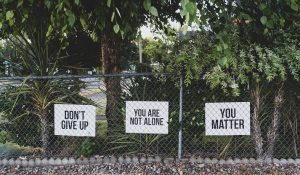 Dual diagnosis refers to co-occurring illnesses or disorders taking place at the same time in any one person. While it can refer to any two illnesses, it often refers to specifically substance abuse co-existing with a mental illness. For the purposes of Diamond House Detox, that's what we refer to when we say dual diagnosis — as these co-occurring disorders are our specialty.

The reality is, dual diagnosis — otherwise known as a co-occurring disorder — is unfortunately common. With over 45 percent of addicts also struggling with a mental disorder, it's absolutely crucial to treat both simultaneously. Addressing only the addiction without treating the mental illness is less likely to be successful in leading to sustainable healthy change. Why? Because in these cases, the mental illness is likely triggering or at least contributing to the addiction. We want our clients to succeed and take long-term steps towards freedom and happiness — which is why we strongly recommend our clients are tested for dual diagnosis. At Diamond House, we want to treat the whole person.

If co-occurring disorders are a new concept to you, these real-life dual diagnosis examples may change the way you think about mental health and those who bravely battle it.

Post Traumatic Stress Disorder and alcoholism often collide, and once you understand the particulars of these two disorders, it's easy to understand why. PTSD is a common mental health illness that affects people after they've experienced a traumatic event, which often leads in turn to depression, anxiety, helplessness or self-harm. Affecting over 5 million Americans — many of whom are veterans — PTSD is a disorder that causes people to feel haunted by pasta trauma and subsequently feel out of control of their lives.

As a result, many PTSD sufferers turn to alcohol to self-medicate and help them get through anxiety attacks or numb their depression. Approximately 40 percent of Americans diagnosed with PTSD also have an alcohol use disorder, according to the findings of several studies.

Trauma therapies, as offered by Diamond House Detox, address the root cause of PTSD and help participants understand their emotions and move forward with effective coping strategies. Only by doing so will they truly be able to understand their alcohol dependency and break an addictive cycle in the long-term.

While a Benzodiazepine dependency often begins as a legal over-the-counter prescription, this anti-anxiety drug can quickly spiral into a dangerous addiction. The drug — commonly known as a "Benzo" — is considered safe for a short while but can become addictive over time. It can be digested orally in the form of a tablet, swallowed as a liquid solution or injected.

Benzo is typically prescribed to patients struggling with anxiety, panic attacks, insomnia and other similar disorders, as the drug produces a calming effect that slows the brain and nervous system. However, users can become addicted to this effect, which effectively functions as a sedative. Because those struggling with anxiety are the typical users, they're even more susceptible to becoming addicted to a substance that produces a much-desired calm and peaceful effect.

According to studies reported by the American Psychiatric Association, over 12.6 percent of American adults used benzos within the last year — significantly higher than the 4-6 percent in 2013. More than 17 percent of recent users were misusing the drug. Medical detox is proven to be a successful way for users to gradually eliminate the substance from their system with the help of medical professionals who can make the process as safe and comfortable as possible.

Like the aforementioned anxiety and Benzos, depression and opioids are another common case that, tragically, can turn from pain medication to addiction. The dual diagnosis connection between the two can go either way — depression may trigger a dependency upon opioids as a coping mechanism, or reversely, an opioid addiction may lead its user to depression. In a study conducted by St. Louis University, 10 percent of patients surveyed who were prescribed opioids eventually developed depression.

In many cases, depression can also serve as the underlying trigger for an addiction to this widely-prescribed pain medication. The link between the two is undeniable — despite only 16 percent of the American population being diagnosed with a mental health disorder, this percentage receives more than 50 percent of all opioid prescriptions. Those with mood disorders are also three times more likely to misuse the drug.

Once you understand the common and cyclical link between the co-occurring conditions, it's clear why they need to be treated holistically and in tandem with each other. Without treatment that addresses both addiction and mental health, there is a much higher chance of relapse in the future.

At Diamond House Detox, we specialize in dual diagnosis treatments. We understand the reality that addiction is often deeply woven to an underlying mental illness, and that both need to be medically treated in order for true success to occur.

Our personalized and highly trusted treatment programs include options such as medically supervised detox, a community-based residential stabilization and a medication program tailored to each individual's needs. We also offer comprehensive therapy options including group therapy, art therapy, trauma therapy and more, designed to help our clients understand their mental health problems and how they're tied to their addictions.

Contact us today to ask any questions or learn more information.