What to Expect While Detoxing from Alcohol 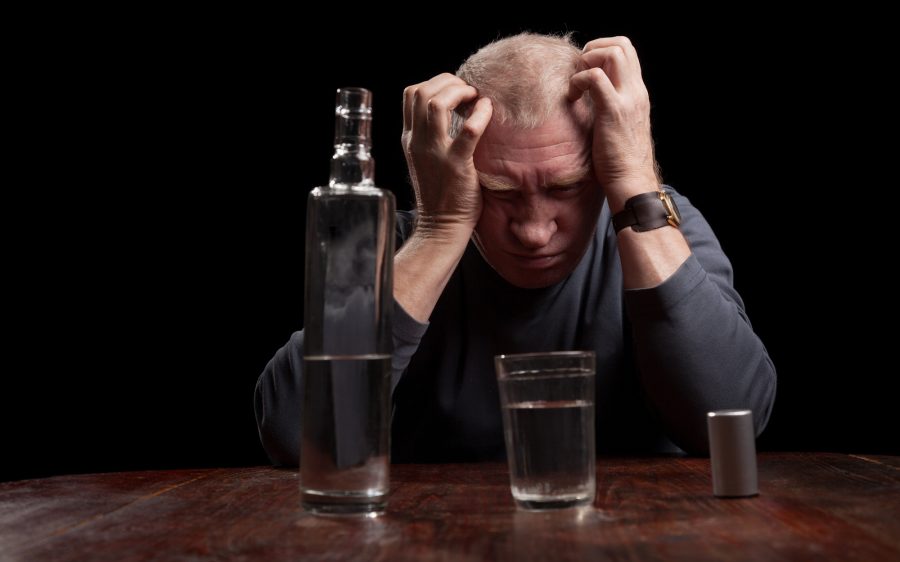 Are you thinking about giving up drinking? A study conducted back in 2012 found that about 10 percent of the entire U.S. population has successfully quit drinking alcohol or using drugs.

That proves that you can quit if you commit yourself to it and get the help you need throughout the process.

However, detoxing from alcohol isn't always easy, especially if you've been drinking heavily for many years now. You will likely experience a series of withdrawal symptoms that will make you want to go back to drinking, if for no other reason than to get the symptoms to go away.

To increase your chances of successfully quitting, you should educate yourself about these symptoms so that you know what to expect.

Here is an alcohol withdrawal timeline that will help you prepare your mind and body for the worst of what withdrawal has to offer.

Alcohol withdrawal actually starts a whole lot sooner than you might think. You will experience the first signs of it about eight hours after your last drink.

In most cases, those who drink on a daily basis often experience alcohol withdrawal regularly, even if they don't realize it.

During this stage, you will feel a strong sense of anxiety wash over you. You will be forced to deal with the anxious feelings that come along with not having any alcohol in your system.

You will also, in all likelihood, have trouble sleeping when you begin to withdrawal from alcohol. You might think that taking a nap or going to sleep at night will help. But without any alcohol in your system, you might find it almost impossible to do.

You will also usually feel nauseous for the first day or so when you decide to quit drinking. You may feel some abdominal pain and discomfort in your stomach area.

This is all completely normal, but that probably won't make it any easier for you to work your way through it.

The second stage of alcohol withdrawal starts about 24 to 72 hours after you've had your last drink. You may still be experiencing the symptoms from Stage 1 when the symptoms associated with Stage 2 start to set in.

At this point, your blood pressure will rise and the temperature in your body will increase. You might start to sweat more than usual.

You will also probably have an unusual heart rate. It might send you into a slight panic and make the situation worse.

In addition to dealing with these symptoms, you may feel slightly confused by everything that's going on around you when detoxing from alcohol. Your mind will often feel foggy and you won't be able to piece together clear thoughts or sentences.

That confusion is one of the many reasons why you should receive the right medical care while detoxing. You could be prone to saying or doing things that would scare those around you without you even recognizing it.

After about three days, you will stop experiencing most, if not all, of the symptoms from Stages 1 and 2. But Stage 3 is arguably the worst stage of detoxing from alcohol.

During this stage, you will often deal with hallucinations that you will have difficulty explaining to others. You may also develop a bad fever. You could even be forced to go through seizures at some point.

All of these things could require medical attention, which is why it's in your best interest to get professional help when detoxing. You never know how bad things could potentially get until you start showing alcohol withdrawal symptoms.

You will probably also notice that you will feel agitated almost all the time once Stage 3 sets in. It won't be pleasant for others to be around you as your agitation will often get the best of you and leave you feeling frustrated.

When Will Your Body Stop Detoxing From Alcohol?

The good news for those detoxing from alcohol is that it doesn't last forever. In fact, you will start to show signs of recovery within just a few days with most people showing no alcohol withdrawal symptoms after about a week.

There are some psychological issues associated with alcoholism that will need to be dealt with while detoxing. Those issues could last for an extended period of time without treatment.

However, if you seek the proper treatment, you can usually get your psychological problems under control within a matter of just a few weeks.

Why You Should Avoid Trying to Detox Alone

Many alcoholics decide to quit drinking cold turkey. They put the bottle or can down and never look back.

Some are able to do this successfully. But there's a chance that quitting cold turkey could be very dangerous. In particular, it's dangerous for those who have been drinking large amounts of alcohol for a long time.

Those who quit cold turkey are at risk of delirium tremens, which are severe alcohol withdrawal symptoms that can result in excess shaking, hallucinating, and more. It tends to take place when a person's brain and central nervous system bounce back too quickly after being suppressed by alcohol for so long.

In some instances, delirium tremens can prove to be fatal. A licensed doctor can monitor you for them and provide you with treatment in the event that it plays a part in your detox.

While there's no guarantee that you will ever deal with delirium tremens during alcohol withdrawal, there is a risk associated with it. You should keep that in mind before you get started and speak with a doctor prior to quitting so that you know if there's a chance you might be prone to it.

Get the Help You Need When Detoxing From Alcohol

The best way to deal with detoxing from alcohol safely is by putting yourself into a safe environment while doing it. It will allow you to go through the alcohol detoxification process without experiencing serious side effects.

Contact us for more information on getting the help you need to deal with your drinking problem.